Due to our huge success recently and the new higher source energies coming in, I am able to use the 7 sacred flames, the white Christed light with gold adamantine particles and the Violet-Gold flame to shift timelines to upper 4D and higher. This was made clear to me this Friday, when I had gone to Paris to do some work and to apply for a British visa.

I absolutely hate Paris and I always have a tough time with the glut of dark energies from the dark ages stuck there. But this Friday I was on fire! With the “loving kindness” Carla mentioned. I had no problem anywhere. I used the flames all the way in and out of Paris. I had finished my work and was heading back on the Metro to leave Paris, when I suddenly decided to get off impromptu to take some pictures of the Eiffel tower.

Just before going in the subway station La muette I had taken a photo of the Eiffel tower. And ten minutes later when I got off at Alma–Marceau  I was on a completely different timeline. There was not a cloud in the sky. The sun was shining with all its glory. I will attach the photos to show you the difference. I then was guided by my HS to climb the highest point in Paris.

All the way up I made countless invocations and showed loving kindness to all humans that I interacted with on the way. I even went in the Church sacred heart cathedral, which I had never been inside of before. Even though I had been there many times before. It was heaven! With a person playing the harp outside. People were happy and serene.

In short upper 4D or higher even.

I cannot tell you how powerful we are becoming! I am going to England soon to clean that Vampires den, as my brother lives near the city. I saw the Queen twice recently. In the first dream the whole family was giving me the tour of Buckinghum and in the other the Queen was in her Pj’s sipping some tea and having a chat with me. Although in the first dream I heard the Azan, the Islamic prayer call while they were giving me the tour of their palace. Then the dream finished. I still can’t understand what the meaning of hearing the azan in the dream could be.

Also, Dolores Cannon has come twice in my dreams. The first time she was staring at me and I felt a pressure on my throat and I tried to withstand it but couldn’t and woke up. In the second one I saw her in a junkyard with many people there doing something and she just walked by me. I did in that dream see a close door with really high security. which I could not open. So, I am planning to get a QHHT session (Dolores Cannon’s method of hypnosis, Quantum Healing Hypnosis Technique) done by a lady who is a senior student and practitioner, highly regarded by all the QHHT people. Overall things are looking good for me personally, as I follow my HS and do the ascension work.

The trigger for me to write this mail to you, was to get your take on the Pope closing the door of mercy in Rome on Sunday morning. Its interesting that I was in a catholic church after God knows when. And was able to clear Paris and take it to a higher level.

Overall I thank you for being there. I would not know up for down if I had not been reading your site since late 2011. I have been waiting with you since then for the Ascension and the collapse to happen. And I totally understand that we can never truly understand any of this with our limited human minds and that Time is an illusion. All is well.

thank you for your Paris travelogue which you used to jump on ascension timelines. This is indeed a unique and most auspicious time and the miracles have just commenced.

I would like to point out, also for the sake of all the PAT as I intend to publish your travel report with my response, that since yesterday there is another huge tidal wave from the source that very well may bring the final ID shift and our ascension next month, if everything goes well.

Yesterday I was hit by a massive descent of source energy similar in its peak intensity to the proton wave from the Source around October 24th/25th when the preparation for the 11.11 portal, the US election and the supermoon portal on October 14th began. Then I checked the space weather site to see the actual state of the sun and found a huge coronal hole as big as the one I published on October 25th:

“RETURN OF THE BIG CORONAL HOLE: At the end of October, a hole in the sun’s atmosphere lashed Earth’s magnetic field with solar wind, sparking moderately-strong geomagnetic storms and almost a full week of Arctic auroras.  News flash:  It’s back.  The same “coronal hole” is turning toward Earth again. NASA’s Solar Dynamics Observatory photographed the structure on Nov. 20th:” 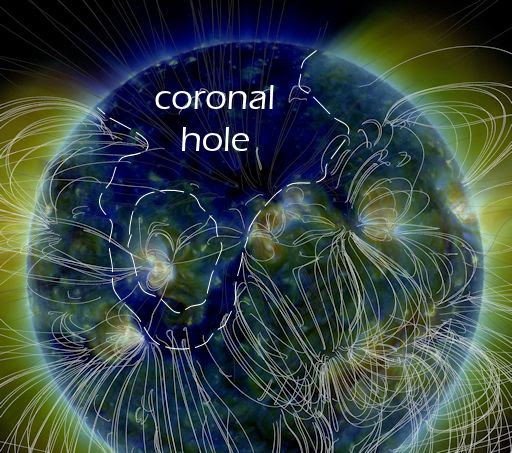 Later on we received information from the Elohim that we have indeed opened the next huge portal that will culminate on 12.12 and that there is a massive influx of protons from the Source that will profoundly change the current holographic reality. This is the second massive tidal wave of change from Source this autumn after the widely covered Source wave in late October that manifested so many visible changes at the political and societal level and has transfomed the post-war transatlantic structure of the west much more in less than two weeks after Trump’s victory than in the 70 years before since the end of WW2 and even after the fall of the Iron curtain.

We are now being lifted constantly and jumping onto ascension timelines with the intention of loving kindness is indeed very easy now and a key for our successful selection of the desired reality we want to be in.

I would like to comment here one more time on the corruption of the catholic church and its popes. The Jesuit Bergoglio is indeed one of the most insidious persons on this planet and here we have the direct testimony of Steve Pieczenik about his crimes with the Argentinian hunta where he collaborated with the criminal hunta and was responsible for the death of thousands of priests and nuns who supported the theology of liberation:

There are some further excellent documentations of Pope Francis’ crimes during the hunta time:

Therefore, no matter in what kind of catholic rituals he participates, his insidious nature and criminal intent always perspires and this is indeed the end of organized Christianity these days.