Yesterday began a 10-day cycle of massive downloads of source energy which will lead to the manifestation of the Shift and the total transformation of mankind and this reality. The downloads started yesterday around noon but I waited to see how they will unfold during the night before reporting on them.

These downloads exceed in intensity and high vibrations anything that I have experienced in my 25-year carrier as the captain of the Planetary Ascension Team and the open human nexus to the Source. I reckon with visible manifestations of the Shift between Christmas and New Year, or eventually early January till Jan 11. Of course, the transformations will continue after that but the big push visible for all the people will happen in the next 3 weeks. This includes personal transfigurations and individual ascensions.

Since yesterday afternoon and throughout the whole night, my physical body has transformed into a high-voltage burning, maximally oscillating energetic field and there is nothing human in this sensation anymore. The high-pitched tone is deafening.

The actual stargate portal on December 21st presented itself as rather calm, with harmonious energies that were soothing and elevating, carrying promises for the near future, beginning next year.

The Arcturians: If You Can Feel the Solstice Energies Propelling You, Catapulting You Forward on Your Journey to the Fifth Dimension, Then You Deserve to Be in a Leadership Role.

Before that, there were two major shifts that actually propelled these ascending timelines and Gaia to the next level of energetic evolution of humanity:

As I said, I expect the first visible manifestations of the shift to occur between Christmas and New Year, or eventually from Jan 1 to Jan 11. The next 3 weeks will be the most transformative in the entire history of humanity and Gaia, as we experience them with this last incarnated soul fragment because we have already accomplished numerous planetary ascensions in the past and have already ascended with all our other soul fragments.

Yesterday, the Arcturians also announced massive downloads for the next ten days bringing the expected mental and emotional changes in humanity. While they will be the long-awaited rewards for us, the light warriors of the first and the last hour and the ascended spearhead of humanity, the coming energetic changes will throw the masses first in a deep collective soul catharsis.

This is the moment in time when our true mission as ascended masters will begin. Therefore I advise you to begin envisioning your future role after the shift as we will also begin to modulate or even create our personal reality very effectively in the coming days when our pristine abilities as creator gods will be fully activated.

Thanks for your latest update “The Next Ten Days Of Massive Downloads of Source Energy Will Transform Humanity Forever”. I fully concur with your assessment. On December 21st I felt better physically than in a long time. More in my body and able to accomplish more physically with less effort. I almost felt good in comparison to previous days. Even though I felt better it did not seem right as I know the ascension process is very taxing on the body and these last days will be no exception. My condition changed quickly yesterday just as you described. First I became extremely exhausted and hungry. Despite eating more than normal this is still the case. I can certainly relate to :

“Since yesterday afternoon and throughout the whole night, my physical body has transformed into a high-voltage burning, maximally oscillating energetic field and there is nothing human in this sensation anymore. The high-pitched tone is deafening”.

My body is tingling from head to toe and my feet are on fire again. And the buzzing in the ear high and somewhat annoying. As you say it’s as if I am a human conductor of high-frequency energy.

I have had neuropathy in my feet and sometimes hands for several years. It is sometimes worse than other times with burning numbness and often pain particularly in my toes. This year I decided to go to an orthopedic and they did a biopsy to find severe nerve damage in both feet.  This is usually caused by alcoholism, diabetes, or lower back problems of which I have none. He said there was nothing that could be done except pain medication or tranquilizers, which I refused.

I know it is a result of these massive electrical downloads over these many years. I also went to a naturopath to determine if any supplements would benefit me this year to help get me to the end of year in one piece. I am in relatively good health as I turned 70 this year in the traditional sense.  Some of my blood tests are so wacky while others are normal. Some indicate everything from prostate cancer (my PSA level is over 10)  to a damaged liver (some of the liver tests are fine others not).

The naturopath was concerned and had a CAT scan run which revealed nothing. I regret not having written more in the last few years but I just couldn’t. Be assured I thought often of you and all your challenges and our great work.

I have often wondered how we have made it this far for so long and It’s only by grace. I am still thankful for this high calling even though I lost so much. Its been 8 years since the Christmas Eve that Anita had her last surgery from which she never recovered. We had hoped we would transfigure that year but it had to be delayed for the greater good.

Thanks, George for standing there with me.

thank you very much for this confirmation of the actual downloads and for your appreciation of our work as the PAT.

I can validate your neuropathic pain which I also experience for many years in hands, feet, and in all extremities at a time. This is due to the fact that the high voltage energies from the source flow through our bodies predominantly along the neurons of the nervous system as soon as they enter the left brain portal in the CNS and recently increasingly also through the right brain portal. This explains also your hunger as most neurons are myelinated by glial cells (wiki):

“Myelin is formed in the central nervous system (CNS; brain, spinal cord and optic nerve) by glial cells called oligodendrocytes and in the peripheral nervous system (PNS) by glial cells called Schwann cells. In the CNS, axons carry electrical signals from one nerve cell body to another. In the PNS, axons carry signals to muscles and glands or from sensory organs such as the skin. Each myelin sheath is formed by the concentric wrapping of an oligodendrocyte (CNS) or Schwann cell (PNS) process (a limb-like extension from the cell body) around the axon.[2][3]  “

What all lightworkers and by default, the rest of humanity do not know is that glial cells, in particular, the Schwann cells are predominantly built by long saturated and unsaturated fatty acid chains that are wrapped many times around the neurons to provide the necessary conductivity of the neuronal action potentials. All nerve cells have a higher metabolism than other body cells and among them, the glial cells have the highest turnover.

This fact explains why we, the light warriors of the first and the last hour who are the actual conduits of such source energies, need to eat more than other people and also a lot of fat, such as nuts but also meat, even though the proponents of the usual sterile spiritual diets may frown upon us in ignorance of the actual metabolic processes that run during the LBP.

Our Schwann cells are very quickly exhausted when these source energies flow along the neurons of our nervous system, central and peripheral, and must be restituted in order not to get sick. If the diet is insufficient due to dogmatic dietetic views this causes medical problems, such as unspecific neuropathy, which typically manifests first in the extremities as you describe it, but may also affect the brain. 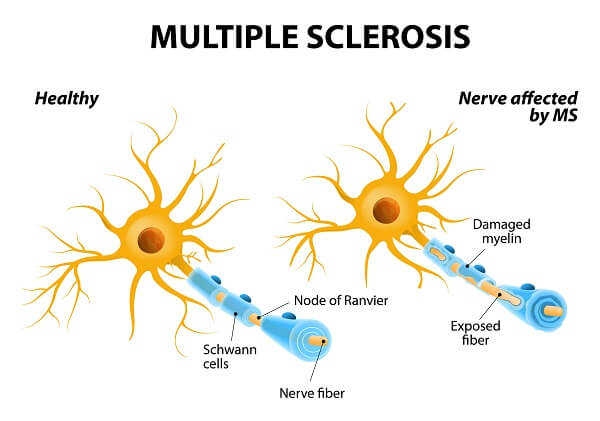 Multiple Sclerosis is a specific form of neuropathy

That is why I have advocated since the opening of this website the consumption of nuts that are rich in fatty acids, even at the expense of having overweight. We need this fatty depot to survive the energetic onslaught of the source waves, the human conduits of which we are on behalf of humanity so that they can also evolve and eventually ascend in the distant future.

We can only hope that this sacrifice on our part to help mankind ascend will be finally appreciated in its full scope as I am tired of being confronted with all the idiotic views that people generate in the brainless new age scene.

I am also in awe and disbelief at how we survived all these challenges all these years and you have been always for me a shining example of the endurance and courage of the true light warrior.

Now we have reached the point of no return and I am eager to see how the shift will unfold in the coming days.

Take good care of yourself – we have made it.