Before I can answer this question conclusively, I must make a longer excursion into the past to present the full picture. I used the same approach in the last 3 months while publishing almost daily my retrospective energy reports with messages from the Elohim and other higher dimensional sources from 2013 and 2014 to validate why the planetary ascension actually happened on May 28, 2014.

We are now closing the final act of this incredible cosmic drama with a lot of expertise based on the numerous successful ascensions of many batches of earth’s timelines since May 2014, the latest and most dramatic one in March and April this year when the global lockdown was imposed by the dark cabal and we eliminated the entire Atlantean past.

Just as we are profiting in this final Shift from our past experience with the many ascensions of Gaia and humanity, we will also profit from our expertise in how successfully we destroyed the old 3D matrix by energetically imposing our most favorable political scenario in the past. This probability alternative then determined the course of the events which we experienced in the last years as a linear history of mankind until today – on the eve of the crucial presidential US election. Its outcome will influence decisively the final phase of the ascension scenario. That is why I am discussing it one day prior to the election.

And here it goes with a most dramatic moment in the ascension history of Gaia that most of you have surely forgotten:

END_OF_DOCUMENT_TOKEN_TO_BE_REPLACED 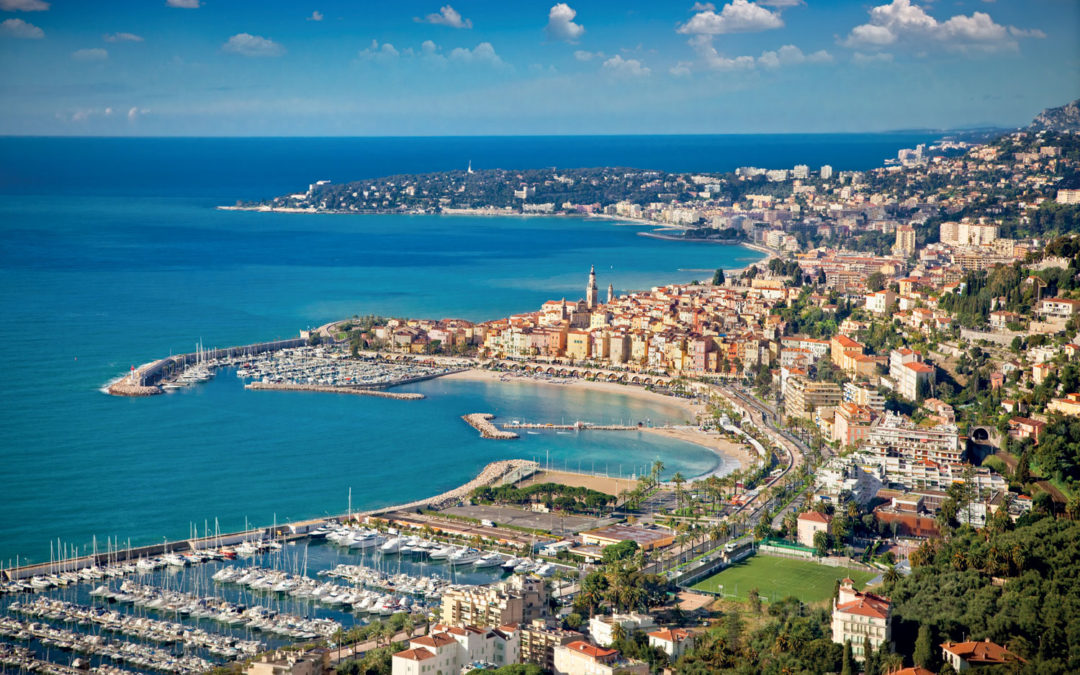 When I first opened this ascension temple and portal in San Remo in August 2019 and then reinforced it, and further cleansed the area in September and October before I left Italy, I immediately wrote this report as not to forget how I actually created it chronologically. This report refers to my first two visits in San Remo. After that Sophia and I went there several more times. During these later visits, our light work turned into a fierce battle with numerous dark entities who had settled in San Remo and the region and had interrupted the leylines of the Rose of Mother Mary and AA Michael leading into France, Spain and Northern Europe. For this reason, I was emphatically urged not to publish anything at that time as not to draw the attention of these dark ones and risk unwanted interference.

Little did I know at that time that with my trip to Austria on October 25th, 2019 the most decisive final battle for this planet and this universe would begin when I had to eliminate almost single-handedly the entire dark evil heritage from Atlantis in the course of almost half a year as embodied by a multidimensional rogue clique of extremely evil and dark entities on numerous timelines and dimensions in this universe. The ferocity of these battles exceeded anything I have experienced so far and was only comparable to the darkness of some human individuals with whom I had to deal at that time and who embodied these old Atlantean energies of betrayal and treachery in human, mostly soulless vessels. This information should suffice for the time being.

In late 2019, we were told that the creation of the temple and portal of ascension in San Remo was a special gift of the Higher Realms for me and Amora, and, through us, for the entire awakening humanity. It was, so to say, an extra bonus to our ongoing incredible Creation since we became Logos Gods and Ascended Masters of Gaia and humanity in December 2013. Both Amora and I envision strongly that we shall live in San Remo after our ascension, independently of our healing activities in Diano Marina (DM) /San Bartolomeo.

END_OF_DOCUMENT_TOKEN_TO_BE_REPLACED

When reading your retrospective energy reports, I’m amazed at how complex the whole ascension process is. This was quite clear to me throughout all the years but your latest explanation of multiple and gradual ascensions resulting in separation of timelines gives another meaning to the PAT Supernova and the propulsion multistage rocket principle.

My understanding is that once a specific timeline is separated (destroyed by MPR, for example), the people living on that timeline go through an ascension process where they reconnect with their HS and Source and are sent to a next destination, be it other dimensions, worlds (most probably 3D again) or are dissolved into primary components and recycled / recreated at worst case by Source.

At the same time, another copy of the separated timeline is created but operating on higher frequencies (which the people who left the timeline wouldn’t withstand, hence they will not be present on a higher version of the new timeline).

We, the PAT, are helping with each ascension, and are returning to each new created higher timeline. This is my understanding of PAT Supernova.

END_OF_DOCUMENT_TOKEN_TO_BE_REPLACED

The Agarthans Herald Their Arrival on the Surface Earth After Its Ascension on May 28, 2014

Amora: Here is the message that I received from the Agarthans, while we were visiting Burns Bog Park,

I have lived in Vancouver for many years, since 1986 in fact, and have heard about this park, but never have I created the opportunity to visit it. This experience was so very powerful for me!

“Greetings, we are the Agarthans and we are here in this place as representatives of the many civilizations within the realm known to you as the Middle Earth, the Inner Earth.

END_OF_DOCUMENT_TOKEN_TO_BE_REPLACED

The Grand Finale: Amora’s HS, the 6D Fleet of AN and the Elohim Announce the First Planetary Ascension on May 28, 2014, New Moon Portal

Amora: Here is a message from May 5 which I hadn’t written to you formally about, but which I shared in a conversation on that evening.

As I was in the bathtub, I asked when the Ascension would arrive, and I heard

I am not certain of the source of this message, although I believe it came from my Higher Self, as no name was given as to who had told me this.

The next day, May the 6th, when I was aching so severely in my body, the Elohim came with this message:

“We are the Elohim and we come to you now to support you on your journey, your journey of cleansing your own sacred bodies, as well as those of humanity, and particularly those of Gaia.

END_OF_DOCUMENT_TOKEN_TO_BE_REPLACED

Amora: Here is a brief and extremely compassionate message from the 6D Beings of Light that connected with me today:

“We are the 6D fleet and we know of your (our and Humanity’s) pain and suffering. Such has been the way that the energy has fulfilled its role within the honest expression of your immediate hologram.

Devastation creates such terror, anxiety and insecurity. It is an overwhelming paralysis, a numbing, that demands eons of purity in heart to overcome the vicissitudes of the incarnated state. You have traveled through the sacred aperture of infinite peace and knowing that you are of the One, You are One with the Source. And now time has come to a standstill and from this zero point, this place of ‘no time’ in All-That-Is, all that is seen, felt and heard stems from eons of projection from your Souls, to create this new experience of onward joy in evolution!

END_OF_DOCUMENT_TOKEN_TO_BE_REPLACED

The Elohim: How We Accomplished the First Planetary Ascension in May 2014

This message of the Elohim contains all the elements of the planetary ascension as we shall experience it this and next year. I have already discussed many of them in previous reports. The new firmament of the new ascended earth, Gaia-5, is the most notable as since its first appearance in early May 2014, we observe it all the time to the present day and wonder how it is possible that most people do not notice it.

Our installation of the Adam Kadmon template, of the perfect human being as a mirror image of God, is another proof that this part of humanity, which we transformed in early 2014, did indeed ascend. If these beautiful beings would have stayed in this reality, they would have already built their Heaven on Earth and would not allow being enslaved and degraded to zombies by the biggest lie in the history of mankind – an interminable insane global lockdown due to a non-existent virus and pandemic.

The Elohim describe how we and all the light warriors of the first and the last hour who work with us as a team are being lifted by the Galactic Federation to the 5th and 6th dimensions as to be removed from harm’s ways on lower catastrophic timelines. This is a very important component of the current ascension and it is not at all understood my most new agers.

Our constant retrieval to the 6th dimension has also the purpose of preparing the energetics of the planetary ascension. The Elohim render a very precise description of what our role in the planetary ascension is. This explanation is of paramount importance as this is how we shall accomplish this final planetary ascension this year or early next year, depending on the developments on the ground and the necessary alignments at the level of this multiverse:

END_OF_DOCUMENT_TOKEN_TO_BE_REPLACED

Three days after Good Friday, April 18, 2014, when we experienced first hand our staggering creation and destruction of infinite timelines of Gaia and humanity on Grouse Mountain while witnessing from a bird view the destruction of Vancouver and the death of billions of incarnated souls through numerous MPRs and their tsunamis, we received another comprehensive message from the Elohim that elaborated in detail what exactly our creationary work on the ascension process entails.

This message is unique as it explains all major aspects that have led to the current ignominious devolution of the human race as exemplified by the masses of masked zombies wandering around at this very moment – the emotional, genetic, energetic, and psychological factors that have led to this unmatched degradation of a sentient race in this multiverse.

It also confirms unequivocally that the planetary ascension has already happened in early 2014 as before that I personally eliminated all the reptilian entities from all ascending timelines as the Elohim clearly and deliberately confirm in their message to us:

“Further, gross cleansing carried out by your dual soul (Georgi) has led to the re-calibration of the distribution of reptilian-markered souls, whereby these souls shall not be qualifying candidates for any upper 4D timelines” [Amora: My impression here is that this includes the upper half of the 4D timelines in existence].