Three days ago I got so pissed off with the current situation on the planet that I decided to intervene in a massive manner and create new more joyful timelines for me and the PAT. I went on the roof terrace where I am completely alone as the condominium in which I live is almost empty. I have a wonderful bird view of the Mediterranean sea, the hills above Cervo where the healing centre of light has its interception with this reality, and over the gulf of Diano Marina/San Bartolomeo. The ideal place to create a new reality out of this crumbling toxic matrix that is getting increasingly unbearable. 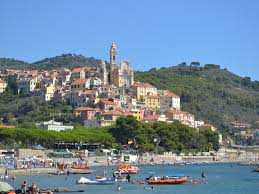 I was inspired by the Arcturian message on that day (Feb 24), who made us aware that the most powerful portals of ascension and creation are within us and we do not need any external events or favorable conditions anymore to create what we desire to experience this year and in all eternity.

I knew that March will be pivotal – it will be a watershed in the history of mankind  – and when the Spring Equinox will arrive, this earth and mankind will not be the same anymore as I wrote the previous day and throughout this whole month.

I began to contemplate what happened this whole last year and realized all of a sudden the following:

The lockdown in the Western world began from Italy on March 9, 2020, with an official announcement and then was imposed with full force on March 10, 2020. I flew from Vienna to Rome on the night of March 9th with the last plane and took the last train to Liguria, the Italian Riviera, where the city of light is, late in the morning of the same day, where I am still now. It was a miracle that I arrived at my final destination and it is not exaggerated to say that I was carried on angels’ wings during my whole trip.

Then I realized that we are approaching the anniversary of the current lockdown due to this fake virus epidemics – the COVID hoax – and also of my latest sojourn in Italy since my arrival from Austria.

This acknowledgment brought the inner impulse in me to make a powerful decree and I felt very strongly that it was also carried on angels’ wings as when I arrived here a year ago. All AM and forces of light were around me and supported this emotionally very powerful decree.

I was cautious to write about it first, but in the meantime, I am getting the strong notion that you should be informed and make the same decree as to create the most favorable ascending timelines for you and the PAT.

“The lockdown will not be allowed to continue more than a year and the next season of the year which is spring, beginning March 20/21, 2021, will be without masks and lockdown.“

This simple and very powerful decree automatically implies that major events must occur around this anniversary date of the lockdown, March 9th/10th, and definitely before the Spring Equinox. These sweeping events will then continue to unfold with breathtaking pace during the spring and throughout the whole year. This also includes the Shift and our ascension.

Since I made this decree, the ascension waves are sweeping over me every several hours; they knock me down and take me away for a few hours during the daytime, and the nights are a real roller-coaster of insane energy intensities.

At the same time, I was urged by my HS to do something here in Italy to accelerate the collapse of the Roman cabal that is now obviously desecrating the Italian constitution and stubbornly stays in power for 3 years since we first arrived in Italy in early 2018 without being elected. The popular winner parties such as Lega Nord and Forza Italia are outside the current government and nobody hears anything from them anymore. The whole Italian nation has devolved into a flock of sheeple that are being led to the slaughterhouse while they bleat meekly in devote subordination. The behavior of the Italians these days is a veritable disgrace.

I decided to translate my pivotal article on the greatest criminal in Italy, Mario Draghi who was unconstitutionally nominated to be the new prime minister after the other chief criminal Conte stepped down, most probably because he is already under arrest for having participated in a conspiracy with Obama, Biden and the Democrats to rig the US elections in a massive way as I reported real-time in January.

Our PAT member Paolo Montanari translated my article into Italian for which I am very grateful and I published it yesterday. I then immediately forwarded it to several popular Italian sites. One of them  – General Magazine in Rome – has just republished my article:

This is a good sign that tells me that now all portals are being opened for the events to begin to unfold here in Italy as it is getting increasingly unlikely that something major will happen in the USA before the  shift and the expected energetic changes that the beginning of the collective soul catharsis will unleash in March:

I summed up my assessment of the current situation in a short email to Robert Steele this morning, who as a former spy feverishly tries to figure out what will occur next:

I read that your readers are asking you, among many other things, about Mario Draghi. I have recently written the most comprehensive analysis of this criminal and also translated and published it in Italian yesterday. This publication will vastly contribute to his downfall and that of the Roman cabal when the events will begin to unfold next month as they will most probably commence from Italy and not from the USA:

This scenario depends on whether Trump will make a spectacular announcement tomorrow, Sunday on CPAC regarding the beginning of mass revelations or not. If he misses this opportunity, and the chances are this to happen, then there will be no 3D resolution and everything will begin with and after the interdimensional Shift next month, which is almost certain now.

As you know, we are only dealing with energetic probabilities and are constantly creating new timelines of human destiny. That is why any fixed forecast is impossible and all those who claim the opposite, are simply ignorant. Therefore, stay attuned to all eventualities but not fixated on any specific outcome as not to experience the same fiasco as Simon Parkes&Co are now experiencing and have to backpeddle in a clueless manner.

To which Robert responded as follows:

“This is helpful.  Juan (O Savin) says the same thing about dates. There may be a lot of trolling going on, the Deep State and the two parties, and the secret world don’t know WHEN the hammer will drop.”

“Especially as we are talking about a “heavenly hammer”, which I define as “Divine Intervention”, I concluded.

And you all know what the Divine Intervention will be – our ascension as the embodiment of the Second Coming of Christ, the Christed Energies:

The Inextricable Web of Lies and Deceptions Around the Roman Cabal’s Myth of Jesus Christ, the Savior

Hence, please join me and make this decree, each one of you in a personal manner and in view of what you want to experience personally this year after the shift and our ascension. And first and foremost, make it clear that we are done with the lockdown and the current collective insanity and want to create a new blissful, joyful and harmonious world where individual creation will be the order of the day.

While I was writing this article, the vibrations were constantly shifting to higher levels and I was losing the Internet connection every few minutes so that I am happy to be able to finish it.