The Pathway to Ascension is Now Free

The tide has turned. After many invocations, extensive medical, scientific, and spiritual illumination, and cleansing of dark energies on our part, the COVID-19 scam is now being officially exposed by the most “prestigious” and insidious medical institution of the cabal in the world – CDC, Centers for Disease Control and Prevention. 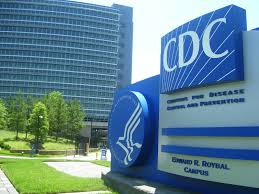 They have just published their latest estimation models based on actual epidemiological data until the end of April.

For the first time, the CDC has attempted to offer a real estimate of the overall infection fatality rate (IFR) for COVID-19, and under its most likely scenario, the number is below 0.26%. This estimate is still much higher than the real IFR which is in the range of 0.1% to 0.01% as other epidemiological and statistical studies suggest because it does not consider the ubiquitous fraud in all hospitals and other medical institutions around the world to assess all death cases with a suspicion of COVID-19 infection, even without any diagnostic proof, as being caused by this non-existent virus. Thus, all presented statistics on this fake pandemic so far are totally forged and meaningless.

“We destroyed our entire country and suspended democracy all for a lie, and these people perpetrated the unscientific degree of panic. Will they ever admit the grave consequences of their error?”

Please keep in mind that when the WHO officially advised all the world governments to declare the lockdown in early March, they predicted a scary death rate from this virus of 3.4% which was 15 times higher than the current officially estimated infection fatality rate, IFR by CDC that still has much more medical expertise than the WHO:

WHO Says The Coronavirus Global Death Rate Is 3.4%, Higher Than Earlier Figures

This statistical estimate of the WHO served as fraudulent medical and scientific rectification to declare total lockdown in most countries worldwide against all existent legal and constitutional checks and balances and in blatant disregard for the basic constitutional rights and freedoms of the citizens.

For instance, the Italian constitution clearly demands that only the parliament has the right to decide about the elimination of such basic human rights under extreme conditions but the corrupt unelected government of the political rascal Conte, who does not even belong to any party, issued an illegal decree by circumventing the legislative that enforced the nationwide lockdown of Italy and has already ruined most small businesses, on which the Italian economy largely depends. This is tantamount to high treason to the Italian people and he knows it as a lawyer. And his opponents know this too and they are not idle in proving Conte’s crimes and even asking Bill Gates to be arrested:

In the USA, all the governors that issued a lockdown in their states were also acting in total breach of the US constitution by neglecting the authority of the legislative as judge Napolitano, otherwise, a murky personality, explains in Fox News:

The reason why the CDC now backpedals, as also the UK medical authorities and those in a number of other western countries, is because it is confronted with the massive opposition of numerous renowned medical doctors who question the medical raison d’etre of the current lockdown and expose scathingly the lies of the ruling dark cabal (this video was deleted by the Internet censors of the dark cabal but you can see it here:

The Internet is now full of such surprisingly enlightened revelations and condemnations of the ruling dark cabal that is behind the current ruinous lockdown that only enslaves and impoverishes the world population for the sake of the biggest lie and deception ever perpetrated on humanity – to save human lives (e.g. here, also deleted). Nothing is further from the truth as it becomes obvious with each passing day. Precisely, this lockdown has caused more deaths and hardships than any other political decision since WW2.

Read: More than 500 Trump-backing doctors sign letter asking him to end shutdown, claiming it is a ‘mass casualty incident’ amid ‘soaring’ rates of alcoholism, drug abuse and suicide

And because it became so big and obvious, this heinous fraud is now being revealed at all levels and in all aspects, except for the most important one:

The chief goal of the lockdown was to prevent our ascension and in that it has already failed badly.

This week we moved firmly to the 5th dimension and the results of immediate creation, which we are now able to perform, will be seen very soon by the entire humanity. This will be the turning point in the history of mankind.

As I have argued on many occasions, there must be very soon a shocking event of global magnitude, while the lockdown is still in place, although modestly eased, and before the people quickly forget about it, as otherwise, it will not fulfill its pedagogical purpose. Everything that happens now on the earth is based on perfect pedagogical principles and has the aim of awakening the people in the easiest and most effective way. This is how the Higher Realms now coordinate the planetary ascension according to the Law of Energy Optimization.

Read: How The Cosmic Law of Energy Optimization Determines the Time of Our Ascension?

There are numerous speculations about what will happen in the coming days. We have had some spectacular experiences about which we were urged not to write in order to preserve the moment of surprise.  However, we are observing some brazen attempts of the dark cabal to instigate a new nuclear war that was prevented by the GF as there will be no new war and no nuclear explosions on our ascending timelines anymore. This is the divine decision by all starseeds as the ground crew of the GF and also personally by us.

As long as these battles still occur, it is difficult to predict the next steps. However, a truly desperate final attempt of the losing cabal to change the inevitable course of the events and avert their defeat may indeed necessitate the sudden ad hoc occurrence of a major event that will reveal in one fell swoop the current scam with the pandemic and also many other lies of the ruling cabal. It will trigger the long-awaited era of revelations that the new age expects for a very long time and will ultimately lead to planetary ascension. It all depends on which timelines one decides to gather further experiences.

The Arcturians made for the first time since reading them a very bold and precise prediction that surprised me a lot as I did not expect it:

A June Solstice Surprise from Your Sun

This event is, according to my interpretation and inner intuition, the precursor to the actual shift to 5D that will nonetheless profoundly change the energetic conditions on the earth and allow us, the light warriors of the first and the last hour, to begin our immediate creation while we are still in a physical vessel as the Arcturians also recommend.

These daily miracles will trigger massive awakenings worldwide and the people will flock to us to teach them how to deal with higher dimensional energies so that they can learn one day to also use them and become sovereign creators. Around this period of time, I reckon with the manifestation of the city of light in Italy and the beginning of the functioning of the healing and spiritual centres.

Read: CROWDFUNDING FOR THE UNIVERSAL LAW OF NATURE

Needless to say, that this will automatically lead to the collapse of the old matrix, the national state, and all the other political, economic and financial structures that are no longer compatible with the laws of immediate creation in the 5th dimension. This is the organic development I see in the coming days and weeks from the linear experiential perspective of the human mind, while I am aware that all these energetic events happen simultaneously in the Now and that we are constantly changing timelines, thus creating our unique subjective reality.

This message came after the publication of this article and is a further brilliant confirmation for the arrival of the new era of immediate creation:

Today marks the beginning of a new series of experiences on your Earth plane.  There is nothing special you need to do, just relax into the Unconditional Love from The Universe. (Smiling) Allow yourself to be guided to a more joyful, peaceful way of being in your current situation.  Extend your thoughts to encompass compassion and kindness for those not yet awake.  Embrace a new way of looking at and seeing your world as it morphs and changes before your very eyes.  Become what you wish your world to be and it will follow suit.  The Universe is with you every step of the way. ~ Creator