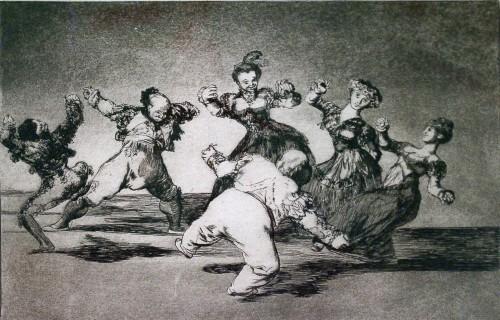 I decided to address this unpleasant topic today, because I was urged by a family accident to do so.

I am telling my family for years, and increasingly more so in the last months and days, that they should detach from their current illusion of petty lives and conceptual boxes and see the bigger picture, before their souls intervene with some nasty events in their lives and change the course. It is always like this – you either change your narrow point of view through an inner insight or your soul will force you to do so by an unpleasant external event.

Today, my daughter had a car crash on the way to her stables for the final rehearsal with her group of young girls in Equestrian Vaulting ( acrobatics on top of the horse while he gallops in a circle) in preparation for her tournament in Frankfurt next week. She crashed with the car, belonging to the friend Felix of my younger daughter.

We had Felix’s brother Fergus as a guest at our home last year for five months and now Felix came to us last year and stayed here since then. My wife helped him find the job he always wanted to learn – a hoof farrier. He started with this education in England last year in an “elite” school, but it was so expensive that he had to give it up. Now he found an education place – learning on the job – here in Germany and also receives from the German state a modest education grant that is sufficient for him to cover his living. Recently, he bought a cheap car and I explicitly told him before that, that he does not need any car anymore as the big cosmic events will soon stipulate and will offset all his plans. This is my regular litany (sermon) which my family has to endure.

My elderly daughter, who crashed today and is still in the local hospital while I am writing this text, is a very busy person, always organizing something and creating the usual busy life that hypnotizes so many people on this planet. With her 22 years, she is the CEO and a coach of the local voltage sporting club with 7 horses, more than 60 active participants  and 120 adult members (mostly parents of the training girls and boys). She studies German literature and sports at the Munich university and lives together with Chris, my precious webmaster, in the city of Munich. But she is every weekend in the countryside and stays with us, as the horse stables and the riding hall are near where we live.

And finally there comes my wife with her own stable with 9 horses and the huge workload she has to accomplish every day, feeding the horses and cleansing the stables in addition to her teacher’s job. It is a real 3d-frenzy, which I have to witness and experience everyday day with a growing discontent and lack of understanding.

Today my elderly daughter has also invited three girl friends, including Chris and Felix, who is still mourning his crashed car, to dinner and I was supposed to make lasagna with self-made pasta. I preferred however to hold my daily indignant sermon on human folly and how necessary it is that the people should finally learn their lessons very quickly as to awaken and ascend. Then I strategically retreated in my refuge to write this article, leaving the kitchen to my beloved half to make the lasagna. This is the daily folly I experience these days before ascension and I am afraid I have not seen the worst yet.

I have been observing  these erratic activities of my family members for some time and have tirelessly predicted  the coming collapse of their illusory 3d-earthly reality when their souls will decide to intervene at the appropriate moment in a very nasty and resolute manner by activating the “existential break”. Today it happened. The break of the car failed when my daughter encountered a deer crossing her country road, leading to the stables, and she ended with the car in the ditch – the car totally demolished.

Being unfortunately highly clairvoyant, I sensed poignantly for several days that there will be such an unpleasant event coming very soon. I knew that this will be inevitable as to shock my family and urge them to start considering my recommendations for a new way of life. I doubt however that this accident will be sufficient to teach them a lesson how to change the course of their lives, but this is just the beginning. And the soul is always the winner.

As serendipity is the name of the season, l read today a message from a source I normally dislike, as it is Orion-tainted. But independently of this, the following excerpt  summons very precisely the current irrational situation:

“Much of what has been guided has been on the edge of your vision for some time but now events will start to unfold in the physical reality in which you live. These events should be viewed for the confirmation of the new energies that they are in TRUTH… Those who are part of your human life experience who are not aware and not awake will now begin to display behaviours that may have many of you questioning their sanity.

We guide for you to hold in YOUr space and YOUr balance as those who are unaware of the depth of changes begin to make waves for those who are aware… Those who are now in the process of dissolving the 3D world are being shown a vision of TRUTH, that vision is now moving them to a place where they are able to be in this world but not of this world. This level of consciousness is now being seeded within the human race in general and this will filter through the consciousness that ALL connect to on planet earth in due course.”

Finally, I would like to say some words about Felix’s brother – Fergus. He studies now politics and Arab languages in London and is very active in the ongoing demonstrations of the students against the dark British Cabal on power. When he came to live with us, he had virtually no idea of the current hidden situation on the earth, but he was an ardent  student and learnt a lot from me.

At that time he had just graduated secondary grammar school in England and came to Germany to study the German language, which he learnt very well from us, and also earned some money for his extensive journey through South America, which he did last year. It was again my dynamic elderly daughter, who found an appropriate job for him at the Munich airport.

We had extensive discussions during this time and, although Fergus was sceptical with respect to my “weird” gnostic ideas about ascension and the inter-dimensional split of Gaia (at that time I was writing my English book “The Cosmic Laws of Creation and Destruction”, which he read as my first reader), he deeply internalized most of my political and economic teachings.

Only yesterday I came coincidentally across a video about a student demonstration in London against a criminal British security service company working for Israel (and most probable belonging to the Zionist Cabal), which is now buying properties in London and is involved in the organisation of the Olympic games:

Please observe that a similar security service was involved in the 9/11 attack. Now the British Dark Cabal obviously plan a much greater crime on humanity by exploding a dirty bomb during the Olympic games in London and killing 100 000 innocent people as to trigger WW3. BBC has already announced this possibility in a special report, just as they announced in advance the attack in the London Underground as a possible terrorist plot. You can find more information on this next capital crime planned by the dark cabal on humanity on the Internet. These criminals always announce their heinous deeds in advance as they reckon that humanity is so dumbed down that they will accept any lie they have been presented by the rigged mass media. And it has worked fabulously so far.

My friend Fergus can be seen on the video at the very beginning – he is the guy in the red jacket who starts shouting the slogans of the demonstrators. I am very proud of his career as a professional revolutionary which he commenced under my guidance. At that time I predicted that he will not have much time to study as he will be demonstrating most of the time. And he did follow my advice.

Only several months ago he was arrested in France, spent a night in a prison and was then deported to England for demonstrating against the terrible conditions in an asylum camp for refugees in Le Havre.

I may live the life of a recluse, but life around me is boiling hot. My daughter returned from the hospital already and she is OK, but the doctor prescribed her an antipsychotic drug for her whiplash trauma. These doctors nowadays are not only idiots, they are insane murderers and I have to protect daily my family from my colleagues’ claws.

My younger daughter who is now in Barcelona, Spain with two other girl friends after she passed successfully her school examinations (German Abitur) has just called Felix and told him that she has forced a gypsy, who wanted to insult her and her girl friends, to flee away after she kicked him heavily in the balls. She is very good at this as she has been training it for two years with her dad as a punching ball….

This is the first time I have disclosed more about my family life, but my feeling today is  that this is a crucial and a crazy day – a day full of irreversible collapses of the old matrix at the planetary astral level that will soon materialize at the societal level. And I only wanted to document this fact with a typical case study of my family folly.

And the collapse of the old matrix goes on! My wife just called me on the phone from the stables to tell me that our 15-year-old, deaf and blind dog, for whom I have mostly cared during the last year, had been running in the yard of the stables, then had suddenly dropped on the ground and was dead.

He has already ascended to the 5th dimension and is waiting for me there. This was my desire to the HS, as there was nobody to care for him after my ascension. Now, there are no more bonds for me to stay on the ground and the ascension season is opened. My family is today in a perennial shock and this is the most valid sign that their final awakening has already commenced with a frenetic speed. This gives you an impression of the shock tsunami that will soon engulf humanity.

This entry was posted in Other Articles and tagged equestrian vaulting, human folly, planned dark cabal attack at the Olympics in London, the collapse of the matrix has commenced. Bookmark the permalink.