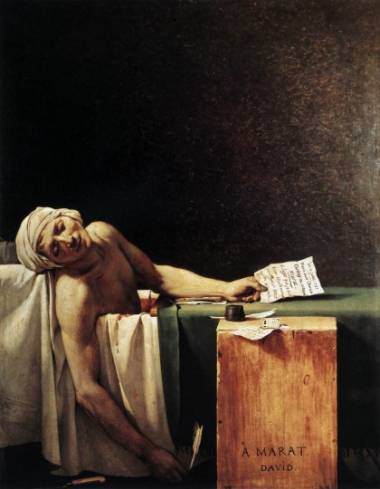 We have entered a new epoch of multidimensional human perception where the narrow psychological limitations set by medical specialists and ill-intended obstructionists in our current primitive society are imploding in front of our eyes. The alienation of the PAT members from their family members and surroundings in the last days will soon peak and the personal disconnection already determines our daily lives.

Even words will begin to lose their meaning, and most websites in Internet are already sending numerous false signals that our heightened awareness can no longer ignore. Human speechlessness will creep in and even the eloquence of this website will not remain immune to this trend. This is a clear sign that at some point in time even Internet will be outdated and we will switch onto telepathic thinking and communication. It is superfluous to say that the members of the PAT will be first ones to acquire this divine gift and will be the pioneers for the rest of humanity.

In fact, we are even now communicating more through telepathy than through the written word, which is just the famous visual Pavlov’s signal triggering our instant, unconditional telepathic reactions. These spiritual phenomena will stipulate in the coming days and will begin to determine our lives much to the dismay of the people that surround us, who will still reject the existence of these higher human abilities.

The letting go of old habits, beliefs and numerous subconscious prejudices will also peak in the coming days and will unleash many a personal crisis, even among the members of the PAT who may  believe that they are already out of the woods. As long we stay in our clay vessel on earth, we are still amidst the human jungle, and we must stay alert as not to be devoured by an avaricious reptilian or a reptilian-like human being disguised as a family member or a partner. This danger will be of course obliterated with the final inter-dimensional split this spring.

But why these observations at this time? Because we have now entered the most vulnerable phase of human evolution, shortly before the final inter-dimensional split of earth B from the balanced earth A/B will take place, when there will be a lot of bleeding between the old and the new matrix. We, the PAT members, are the interception between these two timelines, staying with one foot still in the old world as to cleanse it to the very bitter end and with the other giant foot firmly rooted in the new multidimensional reality of the Now, which we now embody on this planet.

We are the true catalyst that triggers the elimination of linear time with all its restrictions and limitations on human mind and psyche and substitutes it with the eternal flow of Cosmic Simultaneity. Therefore, do not worry much if the other people see in you the next Alzheimer patient.  The Alzheimer disease has always been the official diagnosis of damnation of the PTB for what they most fear – the creeping multidimensional nature in elderly persons after they have accomplished most of their social duties in their incarnation and begin to enjoy the leisure of connecting to the multidimensional reality of their higher selves.

In the current End Times, this inherent multidimensional nature of all human beings has been detached from biological age and now occurs on a broad scale in both young crystalline children and in old indigo souls. The old medical labels of segregation as “manic depressive” or “split personality” have long lost their fearful meaning and are increasingly becoming an embarrassment to the “specialists”.

The rest of humanity is about to enter the state of collective “brain malacia“, as soon as they begin to lose the ground under their feet. This may happen any time soon. I have chosen deliberately this medical term that was used in earlier times for tertiary lues (syphilis), leading to destruction of the human brain. It has always been known in the higher realms that when the cosmic energies, engulfing earth and humanity in the End Times, will reach a critical threshold, many of the incarnated entities, who have written in their soul contracts not to participate actively in this energetic evolution, will begin to die of a brain disease that will morphologically assimilate “brain malacia” known from tertiary lues.

This will be their only encounter with these powerful energies, before they leave earth through death experience. The reason for the broad occurrence of this disease is that, while all human beings will be beamed with these high frequency energies through their higher chakras, only those who have decided to ascend will be in the position to also change their carbon based bodies and accommodate these energies in their fields and physical vessels without any cell damage and disease.

Many people will experience these high frequency energies as a death cause, just as many of the highly evolved souls on this planet have suffered and died in previous incarnations from many deadly viruses and bacteria, deliberately developed and distributed by the PTB to coil humanity, such as Yersinia pestis in the past and the HI-virus nowadays. This outcome is all within the karma law for this planet and cannot be avoided.

The other most common death cause this year will be heart arrest in many souls who are not able to open their heart chakra and develop a unified chakra. Consider these lethal causes as energetic “short circuits” of the human nervous system that is not able to transduce the new “high voltage” cosmic energies through the human body and anchor them in the new crystalline grid of Gaia.

This will be also the chief strategy of the forces of light to purge most dark entities from this planet. Energetically, this process has already commenced, because Gaia is now almost in the 4th dimension, after we opened the stargate 11.11.11 and heaved it incompletely to the 3 and 1/2 dimension last year.

According to a recent message of Metatron, around the summer solstice all the old Atlantean crystals will be fully activated on the earth and will send an enormous wave of love around the globe through the new crystalline 144-grid that will encompass the whole humanity. From that point in time onward, at the latest, the energetic conditions will be such that no dark entity will be able to exist any longer on this planet. But the massive dying of dark entities, be they clones, human minions or reptilian shape-shifters, has already commenced and you must carefully follow the obituaries in the coming days for confirmation.

Of course, this whole elaboration may sound superficially like a Frankenstein’s essay. But as I wrote in my last publication, the PTB have actively exterminated more than 750 million human beings during the last decade through their health care system, pharmaceutical industry, numerous poisons in food, fertilizers, fodder and chemtrails, including many man-made (through HAARP) catastrophes and deliberate devastating wars. Now it is the turn of the one percent of the human population that has enslaved humanity for so long to face their karmic destiny. Their souls know this and they have incarnated at this time precisely to have this kind of death experience.

Knowing this energetic basics, it must be obvious to anybody that all alleged arrests of dark entities, purported by anonymous “agents provocateur” are not only a deliberate fraud, but simply ridiculous, compared to the cleanness and effectiveness of the current purging cosmic processes.  Besides, why does noboby ask the simple question – why do these anonymous forces arrest second and third hand perpetrators in the financial sector, who are in their overwhelming majority human clones (given that these arrests are true, which they, in fact, are not, as there is still no evidence whatsoever) and not begin to arrest the members of the Trilateral commission, the Council of Foreign affairs and the Bilderberger group, which  are the chief culprits for the current human genocide? Forget the financial fraud. This is peanuts compared to the ongoing euthanasia of innocent, spiritual humans worldwide by the PTB.

All these dire circumstances on the earth are well known in the higher realms, where the destiny of humanity is made and we, the members of the PAT are actively engaged in the dream state in these final and crucial decisions, as you are reporting in your emails.

What does all this tell us? It is obvious that all future key decisions and processes on the earth in the current End Times are of higher energetic nature and not based on human decisions. This is what the dark ones now begin to understand and one can imagine their desperation that will also engulf a large portion of humanity. Do not let be infected by this lethal mood. You have already ascended on November 22, 2011 and you are no longer on this timeline. But there will be some bleeding and many unpleasant interactions with this portion of humanity in the coming days. Therefore, stay alert.

Knowing all this, do not let be influenced by sensational news about arrests or by hilarious announcements about the distribution of new unlimited secret funds, etc. that will be deliberately disseminated by many dark sources in the coming days, just  as Fulford, Wilcock  and other unwitting lackeys of the dark cabal are already doing for some time in an excessive sensational manner, only to further mire the already deeply confused light worker community.

What is the role of the PAT in these crucial last days of painful awaiting before the split comes?  Stay balanced in your fields and try to avoid any frictions with this waning 3d-reality as much as you can. Detach from the old matrix and stay as long as you can in the 5th dimension, either in a  state of meditation or through creative work, as I do each day, while your mind is fully connected to your higher self and monad, and avoid reading any esoteric trash in Internet – and currently there is virtually nothing else.

We are now amidst the famous chaotic node, shortly before the splitting of the two timelines can take place. If you know all this, simply do not pay any attention to any anomalies in human behaviour, as they are unavoidable companions of these radical changes. Not a single area of social life will be spared – family, working place, social activities, human transport – they all are already affected by surging irrational human emotions and dysfunctional ideas. The only save haven is your inner spiritual space – this is also the Jacob’s ladder for your imminent individual ascension.